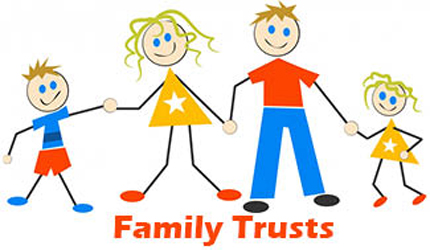 The ATO is currently reviewing trust arrangements where parents enjoy the economic benefit of trust income appointed to their children who are over 18 years of age (Children).

The common feature of the arrangements is that trust income is appointed between members of the family group but in substance it is the parents who exercise control over and enjoy the economic benefit of the income.

In some arrangements, there is an understanding that trust income appointed to the Children will be paid to their parents or otherwise dealt with at their parents’ discretion. In others, the trust income appointed to the Children is recorded as applied (with or without their knowledge) to repay amounts owed by them to their parents, being amounts owed in respect of expenses that benefit the children but are properly understood as parental expenses. Examples of these expenses are the costs of their upbringing as a minor or for the kinds of ongoing financial support parents would ordinarily provide their children.

The arrangements the ATO are concerned about are those which are more properly explained by the tax outcomes obtained, including the accessing of tax-free thresholds and lower marginal tax rates of family members, rather than ordinary familial considerations. These arrangements, if effective, may have unintended tax consequences or may attract the application of specific or general anti-avoidance provisions.

The arrangements may display all or most of the following features:

– paid to their Parents, or
– applied against any beneficiary loans owed by the Parents.

– the Children are required to repay their Parents for expenses incurred in relation to their upbringing or while they were minors (for example, school fees, school uniform costs or their share of the family holidays)
– the Children are required to pay or repay their Parents amounts to meet their share of family costs for the current year in excess of amounts it would reasonably be expected an adult child would meet for their personal living expenses while they remain living at home or otherwise supported to some extent by their Parents (those amounts being, for example, a reasonable rate for their board, lodgings or rent if living away from home, or car expenses), or
– there is an agreement that the Parents will manage the pooled family members’ entitlements from the Trust for the benefit of the family members.

An example that the ATO has identified as problematic is summarised below:

The trustee of the A Family Trust is Corporate Trustee Pty Ltd. The father is the sole shareholder and controller of Corporate Trustee Pty Ltd.  The A Family Trust derives assessable income in excess of $400,000 a year.  The daughter, is a beneficiary of the trust. The daughter has recently turned 18 years of age, works part-time and expects to derive assessable income from her work of approximately $20,000 a year.

Before the end of the 2020-21 income year, the family meets and agrees that any distribution resolved to be made by the Trustee will, after the payment of tax, be paid to the father to reimburse him for part of the fees for secondary schooling and costs of other extracurricular activities since the daughter was five years old.

Records maintained by the family show that these expenses amounted to $315,000.

The Trustee resolves to distribute $160,000 to the daughter and pays this amount into an account held in the father’s name.  The father pays income tax on the daughter’s behalf.

The daughter is purportedly made entitled to a trust distribution and this amount is used to reimburse her Parents for expenses that they would ordinarily meet.  The arrangement, which results in the father obtaining the economic benefit of the trust income without that income being subject to tax at the top marginal tax rate he would otherwise have paid.

What are the ATO’s concerns?

They are concerned that taxpayers are entering into these arrangements to avoid tax on the net income of the trust by utilising the lower marginal tax rate applying to the Children in circumstances where the benefit from these arrangements is, in substance, enjoyed by the Parents as:

What are the ATO doing?

They are currently reviewing these arrangements and are engaging with taxpayers who have entered into, or are considering entering into, these and similar arrangements.

Taxpayers and advisers who enter into these types of arrangements will be subject to increased scrutiny.

Whilst this is only in review stage, we feel there may be more to come from the ATO in the next few weeks and will keep you posted of any further developments.